De Niro and Penn in We’re No Angels

I love birthdays and I love entertainment, so naturally, posting famous or celebrity birthdays was something that just progressed naturally with my love of the stars (the ones in the sky that is).  And though I’ve only been posting celebrity birthdays for a short time, I’m already starting to see correlations and similarities in personalities, bodies of work, and Sun sign groups in general.  As I’ve probably mentioned on this blog before, there is way more to the makeup of one person than just their Sun sign, but it’s a good place to start.  The astrological group du jour, of course, is Leo.  Leos are born stars.  Ruled by the blazing Sun, they can’t help but shine.  I bet even Leos you know in your day-to-day life have a way of significantly sticking out in the crowd as gracious, energetic and welcoming people.

The first thing that jumped out at me today while researching today’s celebrity birthdays was the sexiness of Mae West.  Mae West is the 1930’s/40’s version of the 1980’s/90’s Madonna, who by the way celebrated a birthday just yesterday.  Coincidence?  I think not.  Both of these girls were pioneers of their day, bold, brash and out there, for all the world to see.  They were, and Madonna still is, multi-talented writers, performers and innovators.  An excerpt from Mae West’s IMDb.com biography reads:

“… She began her career as a child star in vaudeville, and later went on to write her own plays, including “SEX” for which she was arrested.  … her first movie role was a small part in ‘Night After Night’ (1932), [where] a coat check girl exclaims, ‘Goodness! What lovely diamonds!’ after seeing Mae’s jewelry.  Mae replies, ‘Goodness had nothing to do with it’.”

Well, if you don’t know, what Mae West did in the 30s and 40s was just as shocking as Madonna singing “Like a Virgin” in a church was in the 80’s, if not moreso.  No apologies.  No regrets.  You have to admire that kind of boldness.

Equally as intriguing to me was that today, both Robert (“Bobby”) De Niro and Sean Penn share a birthday along with many other stand-out personalities and still more pioneers.  I recalled a movie, “We’re No Angels,” which starred both Penn and De Niro.  Even before I knew they were born on the same day, I remember thinking how much alike they are – their facial expressions, their mannerisms, the way they speak, their attitudes and, of course, their big hearts – the hearts of a Lions.  It’s safe to say that while Leos are often depicted as self-loving and selfish, they do possess a very generous and caring side.

If you have a special Leo in your life, take the time to let them know how special they are.  They will appreciate the accolades and return them ten times over.

Stars in the Stars Today:

De Niro and Penn in We’re No Angels 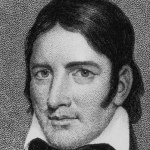 The Weekly Planets and Stars